Sufia is a fake 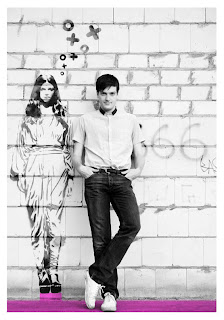 Sufia is a fake

Amer logs off from Sufia’s account; it has now become tough to fend off her lovers. For Sufia is a girl next door, charming, sharp and emotional in every girl’s capacity. Half the people she has met pass her off as an aspiring model but, she has always been with the arts.

Music and architecture have been her passion for years. She could have easily become an engineer but, she took up creative direction in TV shows for a free lance job. One could woo her with poetry and scented candles; she would flatter you with her sensible humor.

It’s foolish not to fall in love with her.

Repetitive, failed relations with men, more inclined towards the physical contours of a relationship have only made her slumber into the dark corners of her heart searching for something discreet. It’s her bonding with Aseem that has made her experience relationships with no names.

Aseem is from a well to do family in Saket, settled out of Delhi. Being few years younger to Sufia has not deterred them from taking things forward in their so called friendship. He has always been a point of envy in Sufia’s relationship with other men she was yet to face.

Sufia’s idea of meeting exciting people is through social websites as they have enough armor to protect her from unwanted male admiration. Over the past one year she had randomly befriended over 500 men and women she thought would turn out interesting in their own possible way.

She had actually fallen in love with one Mr. Ahmed, painter by profession and a visionary of several art forms. It had become staple for them to meet over the internet and share their daily woes. It was with him that she ever disclosed her part of Aseem. Their chats would see no end on Ghalibs, Popes and would lengthen on Van Goughs and others. Colorful Ahmed, recently married had a great exploration capacity, both believed that they had explored each other to the core but, the quest was never ending. Ahmed on serious nights would at times try introducing a barter relationship which Sufia would pass off humorously. But somewhere down the line she needed someone like Ahmed, emotionally. At times Ahmed would become difficult and try to force a decision out of Sufia.

Amer is a failed poet and a writer. His work of imagination created flutter in the market only in bursts until people started disowning the dullness in his characters. Once a literary genius his work now collected dust in bookshelves across the city, the social media had taken over the real paperbacks.

Sufia is an imagination.

Amer had cultivated Sufia over a year ago while working on a character, lively and emotional. He had taken it too seriously while making her a near perfect online profile. She was born in New Delhi and went to premier schools and colleges finally settling down to a well chosen career. At first he projected herself novice to the social websites and randomly added people who would add her based on the glamorous pictures of her he had made public. For pictures he had relied on Hannah an unknown aspiring Pakistani model who had pictures from her normal and glamorous days.

Like Ahmed there were several men who loved her immensely and little girls who modeled on her. Out of desperation to sort out emotions that were blowing out proportions, Amer decided to reveal all and change her display name to “Sufia is fake, I’m sorry”.

Weeks and lots of explanations after, all Sufia was left with were a few online Romeos, no real men and women who cared. People who had disowned her laughed at their fates and blocked her forever.  Amer was never at fault, it’s his own character that had attracted love. Probably packaged in a pink wrapper with a feminine ribbon is what people could see of him now.

But, Sufia was in love and Ahmed would never respond now.

It was like the whole world coming to an end one fine morning when you wake up from a dream that was all rosy. What better now but, to embrace the reality? What about Aseem? Ahmed? And those little girls? Should they be sent back to living in a world so cold, wasted away? But, there isn’t any settling point as Sufia had no choice.

Love for another man, admiration for an imaginary friend, responsibility towards young girls were all at a risk of being termed insane and pervert.

Amer was in love, Sufia was attractive. He wished to be born a Sufia one day in a good life, probably then he could have everything. But he knew probably there won’t be another one like her. It is now he hated, a failed life and no real companions.

That night Amer collapsed in his dreams, never to get up again. Drug abuse was never a solution to kill something crawling beneath your skin.
Posted by Aseem Gaurav Kujur on Friday, August 19, 2011 1 comment: 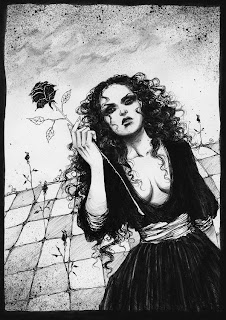 Before you finish this letter, I would've already left the town and I'm sure you wouldn't care where I'll be heading to.

It was wonderful having you in my not so exciting lonesome life and I specially remember the first time we met in the middle of the connecting highway, where my car broke down. I wasn't able to collect enough courage to stop other cars and ask for help, hundreds passed and you only cared enough to stop and ask to help.

The most exciting day of my life was when I moved into an apartment of a building adjacent to your house. I know, till date you think that it was a deliberate act. I just wanted to move into a neighborhood where you lived, it made me feel safe in a new town. It seemed like a very good idea to see you everyday, I was falling for you then!

Seeing you everyday gave me a reason to stay a little more in the town, making me more and more dependent on you even for something like a grocery list. That night when you made love to me, it made me forget my painful past and for some reason I didn't care that you lived in with her.

That time when you were not in town, my curiosity led me to your house, just to see how she was? I told her everything about us, thinking that she would understand us. She never reacted. I came across as an immature girl to her and she was very pleasant to me, her pleasantness was such a killer. For the rest of the day we just talked about you and your ambitious dream of setting up a dairy farm. We even laid a new flowerbed at the backyard together. And she asked me to come over anytime I wished to, work on the flowerbed and put any flowers of my choice, I chose the exotic black roses.

I know she fought with you the next night you came back, because since then you have changed. You got busier, stopped attending my calls and don't care for stopping by at my place. I was sick for a few days and wished that you stayed next to me. Somehow I feel cheated by both of you. I know you find love in her and regret in me now. You could have balanced us both in your life or maybe just let her go, but you chose none.

Anyways, I'm not left with any choices but to move ahead. These streets make me miss you more, strip me naked and make me feel filthy. I just wanted to say my final “bye” to her and return her your things that kept lying at my place.

You've had a tiring trip, please do rest, don't forget to water the black roses for me. Don't look for her in the house, you won't find her there. She sleeps under the flowerbed.

Wish I could love you more,
Sufia 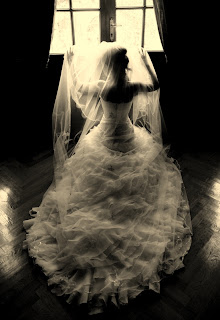 I have spent several sleepless nights on this, what better way to pen down my insomnia like I do here.


The son of the magician,
Had a gift of his own,
He lived out his illusions,
As if they’d never unfold.

Trained to be an artist,
A master illusionist.
He would pluck fired bullets mid air,
And stand on one legged chairs.

Deep inside he was a wanderer,
Of dreams and mystical places.
Not too long ago, his mother had become the star of the night sky,
To see her, he had learned to fly.

She would tell him,
“Win the princess of seven seas”,
For, her beauty was so magical,
That, only virgin minds could see.

He had once heard,
One mustn’t close their eyes,
For once you fall asleep,
She would be gone within a blink of an eye.

He was awake for several days,
Had several demons to slay.
She was being kept captive,
The demons were so non fictive.

Amon, the demon of the Sea of the Anger,
A capable volcanic archer,
Was defeated in patience,
A magical act of brilliance.

Across the seven seas,
He had fought demons big,
And some as small as fleas.

Now, his armor was weaker,
And his presence leaner.
But, he had promises to keep,
For them he’d never sleep.

That night had arrived,
He could see his to be bride.
The demons were defeated,
And their parts had been well acted.

She walked in a fine satin gown,
Fireflies made for her crown.
Her beauty was covered in a veil,
But, she seemed disappearing in the morning rays.

He sat startled on his morning bed,
And could only remember,
Falling asleep just before the exchange of the rings. 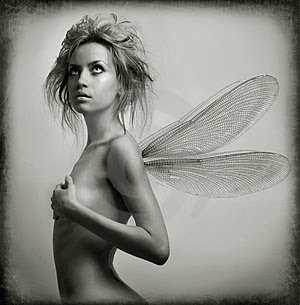 The first paragraph simply rhymed in my head out of nowhere and I build it up further to a more meaningful read. This, I would dedicate to a destiny's friend and he would know why. Interestingly, it suits me as well.

Sleep well,
Sleep well my love,
You ain't waking up tomorrow,
I'll be grieving in pain from sorrow.

You have lend me women,
Beauties of feminine,
Desirable till the paint on their nails,
Winged hearts, not meant for the jails.

My love, you dint give me enough feet,
To match up to their steps, make the ends meet,
Loving 'em in packets,
Is like warming you under the blankets.

Love, I've shared you enough,
You're one feeling that has melted the tough,
It's time I put you down to sleep,
For what I had seen for tomorrow, lost them all today in heaps.

Sleep well,
Sleep well my love,
You ain't waking up tomorrow,
I'll be grieving in pain from sorrow. 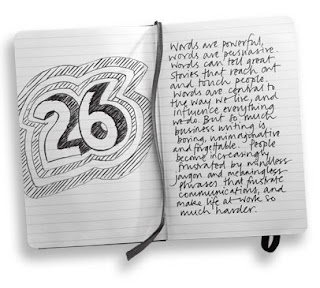 This I wrote on the eve of my 26th birthday; no reasons at all.
I just wanted to dedicate it to myself.

Journey’s been made,
Through these silly years,
All of twenty plus six,
After all it wasn’t so jinxed.

Rubbed my eyes twice,
Never saw so right,
Of all the memories that have been etched on the skin,
I remember only those; I was destined to win.

Carry on the road I’ve been walking for so long,
Off people dead or gone,
Cause I’ve been chasing the light,
Want to reach there alone.

My knees have been weakened now,
I will figure it out on my own; somehow,
Never to fall again,
Never to feel the pain,
For all of twenty plus six,
After all it wasn’t so jinxed.